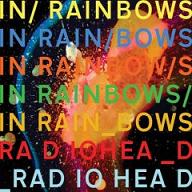 So Radioheadâ€™s album In Rainbows debuted at number one on the U.S. charts (somehow I still hear Casey Kasem saying â€œAnd now for our number oneâ€). The album sold 122,000 copies. Some point out that this number â€œfalls well short of Radiohead’s 2003 album Hail To The Thief, which made its debut in the US album chart at number three with first week sales of 300,000 – a career best for the band.â€ AH but wait, donâ€™t order yet! Thereâ€™s more to the story. As Wired reports (note IE seems to crash with the link; use Firefox as perhaps that is better anyway) the band has earned $3 million from the download sales and Radiohead owns the master which means it can and did license the sales on CD. (Most interesting is that the album is no longer available for download from the In Rainbows site yet is available at Amazon for a download price that equals the CD price. The label probably required that change). 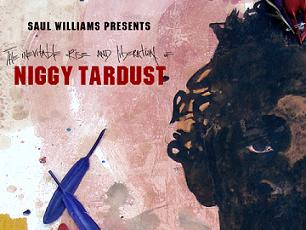 In contrast Trent Reznor and Saul Williams tried a similar download approach and Reznor was not pleased with the results (only 20 percent paid for the downloads; 40 percent paid for Radiohead). Still, Williams was happy. He took the view that unlike a film, music can have a long shelf life and that time to market through the Web and concert dates are still to come. Williams sees touring as his main income. He makes an interesting point that Reznorâ€™s era was sued to having a few dominant bands sell 10 million or more copies. That seems to no longer be the case. BUT Williams who is in his words â€œan artist not everyone has heard of and not everyone is going to necessarily try if they have to pay for itâ€ sees the upside of exposure. In addition, Williams notes that this approach allowed him to overcome some race barriers.

Apparently, labels told him â€œYour album isn’t hip-hop.â€ Williams saw this move as â€œan opportunity for once as an artist that I didn’t have to compromise in the face of people who have limited ideas and conceptions about what it is to be black and make music.â€ So rather than being told that the urban department was where he belonged, he has taken the music to the Internet and can let people decide whether they like it or not. Nonetheless, he is not sure whether he will do it again from an economic standpoint. (in fact, the site now only offers a $5 version but one receives a â€œhigh quality downloadâ€ and â€œ33 page PDF of original album artwork and lyricsâ€)

Which raises another issue: what is the business model for music? Is there just one? What does one gain or lose from choosing a specific model? Not surprisingly Byrne has thoughts on that too.

In a companion article, David Byrne’s Survival Strategies for Emerging Artists â€” and Megastars, http://www.wired.com/entertainment/music/magazine/16-01/ff_byrne Byrne lays out a range of options. The article is worth a read as it has many charts to help explain the variances in the music business. Many may know about the changes but the article summarizes them nicely. For example

What do record companies do?
Or, more precisely, what did they do?
â€¢ Fund recording sessions
â€¢ Manufacture product
â€¢ Distribute product
â€¢ Market product
â€¢ Loan and advance money for expenses (tours, videos, hair and makeup)
â€¢ Advise and guide artists on their careers and recordings
â€¢ Handle the accounting
This was the system that evolved over the past century to market the product, which is to say the container â€” vinyl, tape, or disc â€” that carried the music. (Calling the product music is like selling a shopping cart and calling it groceries.) But many things have changed in the past decade that reduce the value of these services to artists.

Byrne offers that an artist may cut a deal from a â€œ360, or equity, deal, where every aspect of the artist’s career is handled by producers, promoters, marketing people, and managersâ€ to a â€œlicense deal is similar to the standard deal, except in this case the artist retains the copyrights and ownership of the master recordingâ€ to â€œthe self-distribution model, where the music is self-produced, self-written, self-played, and self-marketedâ€ at the complete control end.

There are pros and cons regarding support and guaranteed revenue in each model. For example, in on model, â€œthe profit-sharing deal. [The artist receives] a minimal advance from the label â€¦ and [label and artist] share[] the profits from day one. [The artist] retains ownership of the master; [the label] does some marketing and press.â€ In Byrneâ€™s experience â€œI may or may not have sold as many records as I would have with a larger company, but in the end I took home a greater share of each unit sold.â€

Music has been a flashpoint for copyright debates. Radiohead and the Reznor Williams alliance show that there are many ways to think of music. And they show that although one way to approach music may be fading, it appears that new ways to offer more music to more people in more categories are present. In some cases the artists make more money too. So as DRM seems to fade and artists control their music maybe a hyper-individualized music scene will be our future. Maybe it already is.