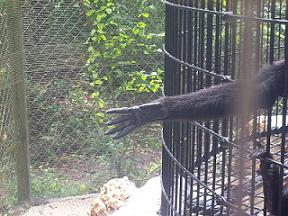 As the Google Book Deal approaches its next phase, I am wondering does anything ever go out of print? Pam Samuelson and others have noted the vague nature of the deal. I have poked at some drafting issues at the Public Index. The out of print problem seems like a key issue about why this deal should not proceed. (I am assuming that the out of print terms will not change much or at all). How books are treated from display to revenue is controlled heavily by the print status. Indeed, the deal is premised on the idea that so many out of print books will be available. Yet, if one reads this rather complicated entertainment industry-styled deal, one may find that out of print is a moving target. If I am correct, that is not a good thing.

Letâ€™s look at the deal. Old Section 3.2 covers what display status is allowed for a book and requires a determination of whether a book is commercially available. Who determines that status? Google (3.2(d)(i)). Google will conduct:

an analysis of multiple third-party databases as well as an analysis of the Bookâ€™s retail availability based on information that is publicly available on the Internet. When analyzing the third-party databases, Google will use the publishing status, product availability and/or availability codes to determine whether or not the particular database being used considers that Book to be offered for sale new through one or more then-customary channels of trade in the United States

Of course as the market shifts and on-demand or digital publishing grows (and yes we ought to consider that those two models could easily be the norm for the near future) all books will be publicly available. If so, the determination seems to be useless. But, even a deferential reading that some books will be out of print has problems. Consider that the default is that if Google canâ€™t find proper information as defined in the deal about a book (can anyone say orphan works analog with me?) the default is that the book is not commercially available. (â€œAll Books for which Google does not have information from the sources identified above will be determined to be not Commercially Available.â€)

Furthermore, the rightsholders can assert that a book is commercially available and then Google must honor that claim unless it ; â€œreasonably believes that the information is inaccurate.â€ That standard is an invitation to either fight or fight only when the stakes are right. They wonâ€™t be right unless a huge number of claims are asserted and Google wants to pick up the problem of an aggressive publisher industry. Again with on-demand and digital publishing the publishers could in good faith claim that a book is commercially available.

Letâ€™s go further into the process where we shall see that some rather odd ideas about reversion and out of print are in control and a possible, but not certain, safety valve about how the determinations are made. The deal states â€œGoogleâ€™s initial determination of whether or not a Book is Commercially Available will be used to initially classify Books as â€œIn-Printâ€ or â€œOut-Of-Print,â€ as such classifications are defined in the Author-Publisher Procedures, and only for purposes of the Settlement.â€

So Google makes the determination, but there are limits. In fact, if one goes to the Author-Publisher Procedures, one finds a command (â€œshallâ€ indicates no discretion to me):

A Book shall be classified as In-Print if it meets either of the following tests:
(i) Test 1: The author-publisher contract for the Book does not provide for reversion to the Author of rights in the Book under any circumstances, or the Book is â€œinprintâ€ under the author-publisher contract. For this purpose, the Book may be â€œin-printâ€ even if the contract does not use the term â€œin-print,â€ provided, however:
(1) If the contract measures â€œin-printâ€ by reference to revenues and more than fifty percent (50%) of the revenues paid to a Publisher from exploitation of a Book are earned from the Revenue Models, then those revenues shall not be considered in determining whether this Test 1 has been met.
(2) If the contract measures â€œin-printâ€ by units sold or measures other than revenues, then an equivalent principle will be applied in determining whether this Test 1 has been met. The fact that a Book or information about a Book is included in a database or that information about the Book is provided in search engine results does not, by itself, mean that the Book is â€œin-print.â€
(3) A Book is not â€œin-printâ€ if the author-publisher contract provides for reversion to the Author of rights in the Book and all of the criteria for reversion have been met (except that the Author need not have sent a request for reversion to the Publisher).
(ii) Test 2: To the extent consistent with any rights in the Book that it may have under the author-publisher contract, the Publisher publicly has announced to the trade that it has undertaken concrete steps to publish an existing or new edition of the Book, and such edition is published within twelve (12) months of the announcement.
(b) If neither of the Tests in Section 3.2(a)(i) or (ii) is met, then the Book shall be classified as Out-of-Print.

There is quite a bit to unpack here, but I will try to get to the crux of the tests. First, I am not sure why the contractâ€™s language about reversion controls given that copyright law has a distinct reversion remedy that I am pretty certain trumps contracts. Second, a contractâ€™s idea of what is in print says more about bargaining power than actual availability. Third, the reference to the Revenue Models seems like a decent nod to the problem of circularity. I think the deal is trying to be fair that insofar as the in print and out of print determination turns on money revenues or units sold and those numbers are coming mainly from the deal, the numbers will not be used to claim that the book is in print. I think this idea could prevent resurrecting the print status via the deal directly. If so, that may work.

Nonetheless, this process seems geared towards permitting a publisher to deem almost any work as being in print. We need better information about how contracts (which may or may not be standard) determine in print. In addition, this language: â€œTo the extent consistent with any rights in the Book that it may have under the author-publisher contract, the Publisher publicly has announced to the trade that it has undertaken concrete steps to publish an existing or new edition of the Book, and such edition is published within twelve (12) months of the announcement.â€ indicates that publishers can resurrect books from out of print status quite easily and want that option.

In a digital world, the idea that we want the books resurrected is tempting. Whether that resurrection comes in a manner that we desire is the problem.