Skip to content
Posted on December 27, 2012 by Michael Madison

The expected re-boot of madisonian.net is underway. Â A new blog theme is in place, the list of regular contributors has been refined slightly, and the continuing group is re-energized. Â As 2013 begins, watch this space for regular posts on law and technology and law and arts and culture topics.

I would like to address a commentÂ repeatedly seen on my prior post at Prawfsblawg: â€œShow me an invention that would not haveÂ happened for the entire patent term, and maybe then we can discuss whether the patentÂ system does any good.â€

Iâ€™m not convinced this is the right level of granularity. But first, a couple caveats:

To be sure, there is great (and I do mean tons of) study andÂ debate about whether any of these benefits actually materialize and outweigh the costs. The analysis, though, takes place at a higher level than whether each and every inventionÂ would have come about within 20 years. That analysis â€“ or something like it â€“Â certainly has its place, but not when assessing the system as a whole. And that’s all I have to say about that.

Dave Brubeck has died at age 91. I grew up on jazz from Miles Davis to John Coltrane to the Marsalis family and more. I was fortunate to have seen Brubeck in concert. In the odd coincidence world, yesterday I was listening to one of my favorite albums, We’re All Together Again for the First Time, as I got into a groove for an article I am writing. I thought I should post one the great tracks to encourage students and professors to dive into the song and their work. Perhaps I felt a tremor in the force. Anyway enjoy.

Madisonian.net has been around for more than 8 years. Â If you’re really aggressive with “Internet time” metaphors, that’s the equivalent of more than a century. Â I took a straw poll of the group (see “About Us,” above), and we agreed: Â It’s time for a re-boot.

While the group talks about what direction the blog will take, I’m going to leave this post at the top of the page. Â (New posts may yet appear from time to time.) Â Come January or thereabouts, we’ll be back with what may be a new direction. Â Yes, law. Â Yes, technology and other forms of culture. Likely a little bit more of a group blog – with common themes, common styles, more or less regular frequency – and a little bit less of a lots-of-friends-blogging-at-the-same-address. Â Beyond that, we’re talking.

Readers – if you have thoughts on what you like most about the eight years’ worth of posts here, and/or what you’d like to see more of, feel free to share in the comments. 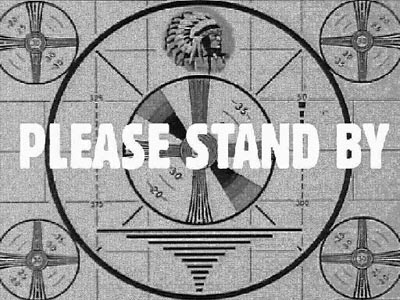 I recently participated in Santa Clara Law School’s greatÂ conference on “Solutions to the Software Patent Problem.” The presentationsÂ were interesting and thoughtful, and…short! A total of 34 presentations inÂ one day, including some Q&A from the audience. Op-Eds from the conferenceÂ are continuing to appear at Wired Magazine’s blog, and Groklaw has a fairly thorough articleÂ summarizing the presentations.

I want to focus this post on an epiphany I had at theÂ conference, one that is alluded to at the end of the Groklaw article. In short,Â there appear to be at least two world views of software patenting (there isÂ probably a third view, relating to natural rights and property, but I’m goingÂ to put that one to the side). More after the jump.

On the one hand, you have the utilitarians, who believe thatÂ the costs of patenting might be worth the benefits of patenting. Or maybe theyÂ aren’t, but that’s the important question to them: to what extent does allowingÂ software patent drive innovation? The Groklaw article implies that this groupÂ is primarily large corporate interests, but I think that’s too restrictive. ForÂ example, I’m unabashadly a member of this world view, and my affinity is towardÂ start-ups.

On the other hand, you have what I’ll call the friends ofÂ free software (more fully called FOSS – Free and Open-source Software). TheseÂ individuals believe that software is thought, and math, and that no one can ownÂ it. I’ve found that some take this view to the extreme – they have no problemÂ with a circuit that performs the same thing as software, so long as it isÂ performed in hardware. Members of this group believe that software patentsÂ should be unpatentable as a matter of principle, and that by allowing any kindÂ of software patenting bad things will happen to individual programmers, to freeÂ software, and in the world generally. As further evidence that the divide is not justÂ about large corporate interests, there are plenty of people who subscribe toÂ this world view that started large successful companies.

Now, here is the epiphany – I belive that bridging these two worlds is Â possible if one believes that any software patent should issue. (If you agree that software patents can never satisfy utilitarian ends, then you can bridge the worlds. Benson Revisited Â by Pamela Samuelson is a great example of such a bridge.)

Believe me, I tried to make the leap. I wrote a lengthy post atÂ Groklaw that garnered more than 1300 comments where I tried to betterÂ understand the free software view and they tried to understand mine.

Surely, I thought, they might see that there are some linesÂ that can be drawn that would allow for inventive software innovations. Surely, IÂ thought, we can discuss some tweaks that would help alleviate the deleteriousÂ effects of low quality patents but save the system for one good software patent.

The problem is that the goals of each world view are just tooÂ different. The following exchange from the Santa Clara conference between John Duffy and Richard StallmanÂ drives the point home. I’m paraphrasing the statements, of course:

[Stallman’s keynote]: Companies don’t need software patentsÂ to innovate – just look at the rise of Google. [later] My proposal is that weÂ can enforce software patents in standalone devices but not in general purposeÂ computers.

[Duffy’s talk]: I’m glad Stallman points out that software companies don’t need patents – I thinkÂ we agree on a solution. My proposal is that if an inventor is not induced to invent becauseÂ of the prospect of a patent, then the invention is obvious and no patent shouldÂ issue.[later]Stallman’s proposal, though, is a kludge – a patch on the systemÂ rather than an elegant solution like redefining obviousness.

[Stallman in response to Duffy]:It doesn’t matter if theÂ patent induced the invention, it is still a bad patent. It may actually beÂ worse, because now it can’t be invalidated. My solution is not a kludge,Â because it handles the very real problem of software patents and eliminates it.

[Duffy]: But you have to look at the ex ante incentive toÂ invent. If we don’t allow patent enforcement, inventions might not happen that would haveÂ happened with the patent system.

[Stallman]: It’s OK if we don’t get those inventions. Maybe
they will be developed, maybe they won’t, maybe they will take longer, but the harmÂ to any future software programmer/company is never justified by encouragingÂ that investment with a patent.

And there you have the core of the problem. UtilitariansÂ like Duffy (and me) believe that it is worth driving the ex ante incentive toÂ innovate, but trying to hone the system to minimize collateral damage. FreeÂ software folks like Stallman (and probably 99% of Groklaw readers) believe thatÂ the collateral damage never justifies the ex ante incentive in a practicalÂ way.

You can see the core of these arguments in the debate aboutÂ whose invention is elegant and whose is a kludge. Duffy believes that tweakingÂ inducement to invent is elegant because that’s what utilitarianism is allÂ about. Just barring patents on general purpose computers is a patch, becauseÂ there might be valuable innovations in the use of general purpose computersÂ that are worth encouraging. Investment in standalone software might decline ifÂ there is not general purpose application at the end of the rainbow, especiallyÂ in the age of smartphones.

On the other hand, Stallman believes that barringÂ enforcement on general purpose computers is elegant, because it eliminates theÂ most harmful effects to programmers. He believes that changing obviousness is aÂ kludge, because it refuses to acknowledge that even the patents that come fromÂ the new rules will be bad for society. As Stallman commented to me after theÂ conference: “There may be weak patents, and there may be strong patents,Â but they are all bad patents.”

So, where does that leave us? I don’t know, butÂ I have to think it is helpful to understand why we can’t seem to understandÂ each other. I’m not sure where it leaves the utilitarians. They seem to beÂ winning in policy circles, as this recent speech by PTO director David KapposÂ shows, but utilitarians can’t even seem to agree among themselves the bestÂ course of action with software patents. Perhaps this recognition will aid those with the free software view toÂ hone their arguments in a way that will get more policy traction – by makingÂ their same important points, but somehow framing them in a langaugeÂ utilitarians will hear. Samuelson’s Benson Revisited article is a good example.