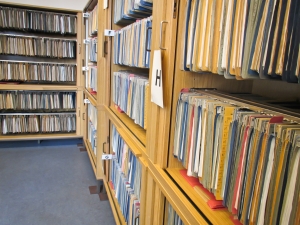 I’m under an edit deadline right now, but Orin Kerr’s post over at Volokh Conspiracy on the Verizon FISA order contains this fascinating bit:

If the order is what it appears to be, then the order points to a problem in Section 1861 that has not been appreciated. Section 1861 says that the “things” that are collected must be relevant to a national security investigation or threat assessment, but it says nothing about the scope of the things obtained. When dealing with a physical object, we naturally treat relevance on an object-by-object basis. Sets of records are different. If Verizon has a database containing records of billions of phone calls made by millions of customers, is that database a single thing, millions of things, or billions of things? Is relevance measured by each record, each customer, or the relevance of the entire database as a whole? If the entire massive database has a single record that is relevant, does that make the entire database relevant, too? The statute doesn’t directly answer that, it seems to me. But certainly it’s surprising — and troubling — if the Section 1861 relevance standard is being interpreted at the database-by-database level.

I’ve wondered about this sort of question before, in a different context. At the tail end of this article, in trying to come up with an explanation for why so many judges were taking the (to me) extreme step of ordering civil litigants to provide social networking login information to their opponents, I offered the following:

It is also possible that courts and lawyers are having difficulty in applying the rules of discovery to social-networking sites for a much more prosaic reason: confusion over what exactly constitutes a “document” on a social-networking site. That is, the problem may simply be one of translation from new technology to more familiar forms of media. It is possible that some courts and lawyers are conceiving of the information visible on a social-networking site as akin to an ordinary website, in which a “document” is typically defined as a single webpage. Once it has been shown that relevant information exists in a document, typically the entire document must be produced, absent redactions for privileged information, so that the relevant information maintains its context. In ordering access to entire sites, courts may be thinking of social-networking accounts as in essence single documents, or a small number of documents.

This was in the conclusion, not the body of the article, so I didn’t go much further. But it can’t be right that all of the messages that appear in someone’s Facebook account are a single “document” for discovery purposes — even though they may all display on a single, very long screen. That is, what constitutes a “document” may be separating from the physical or virtual characteristics of document-ness relied on previously — presence within a single container or file — and may have more to do with how they are constructed, or used. Cf. Mike Madison on “things.” But once again, I’ll have to leave further exploration of this idea for some other time.