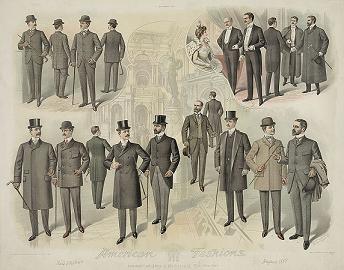 Cultural norms matter. They can operate across a wide region or in a space as small as a courtroom. For example, Law.com has an article about judges sharing their views on attire in the courtroom. Apparently Judge Joan Lefkow began the discussion by saying that, as the article put it, she thought â€œsome women attorneys should pay more attention to dressing appropriately for court.â€ Judge Lefkow noted that one woman appeared to have been “on her way home from the gym.â€ After that, several present shared more views on the topic. Judge Michael McCuskey, chief judge of the U.S. District Court for the Central District of Illinois commented on “skirts so short that there’s no way they can sit down and blouses so short there’s no way the judges wouldn’t look.” Another judge, Bankruptcy Judge Benjamin Goldgar, noted that he had trouble with womenâ€™s and menâ€™s attire. For him it is matter of showing that you take the proceedings seriously, so provocative or wacky attire posed the same problem. Apparently some thought it was an age issue. One alleged culprit was the trend not to wear formal attire unless headed to court. And, as always, some suggested that law schools should pick up the task of educating attorneys about these social issues.

So where should people go to sort out these questions? Judge Lefkow suggested that women should go to Corporette, a â€œFashion and Lifestyle Blog for Overachieving Chicks,â€ to seek advice on how to dress. Law schools could help but not in a direct one ought to do X way. The key seems to be taking a measure of oneâ€™s audience and its customs. So when at Quinn, Emanuel if I had shown up in formal attire at all times, I may have been seen as odd with little or few consequences, but I might have run the risk of seeming out of step with the firmâ€™s view of the world which can have consequences. I know of one story where wearing suspenders was viewed as uppity. So not appreciating what a firm or court expects is not wise.

But what if one knows that oneâ€™s dress has an effect and uses it? Playing up attractiveness; hiding wealth by not driving the fancy car to work (yes, my car was chosen for that role); assuming and dressing for a persona of the professorial or polished or activist or whatever role one chooses is part of being on the stage that is the courtroom. As one friend noted, one could take a tactic and win over a jury at the expense of losing a little face with the judge. If so, one has served the client well.

In the end, although I don’t think that these details ought to control as dress is essentially a shallow metric for assessing worth and skill, I suggest that attorneys ought not be clueless about etiquette and sartorial matters. One can wear a sober tie or conservative suit (male or female) that is not expensive and that should suffice. Then again, despite the comment, the attorney Judge Lefkow mentioned won the case. Still, that seems more of a reflection on being a good judge and less a reflection of knowing that one ran a risk by not adhering to a set of customs (and note that I could believe that any attorney could have moments where life simply interfered with being in a suit for a court appearance, but I wonder whether that point was made with an apology to the court).

In short, the these odd yet slightly important questions may be handled, as in many cases, by learning the rules, mastering them, and then working them to your advantage.

Image: “Color lithograph print showing men posed wearing fall and winter business and theater fashions with overcoats and hats, against a backdrop of an interior view of the recently opened Library of Congress Thomas Jefferson Building. Supplement to “The Sartorial Art Journal.”