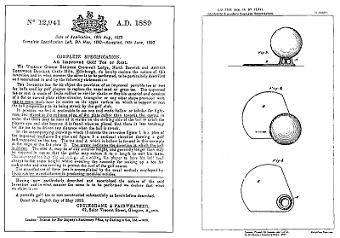 Andrew Torrance and Bill Tomlinson have a paper out that challenges “assumption that innovation will be spurred by the prospect of patent protection, leading to the accrual of greater societal benefits than would be possible under non-patent systems.” The paper, Patents and the Regress of Useful Arts, “employ[s] a multi-user interactive simulation of patent and non-patent (commons and open source) systems (“The Patent Game”), this study compares rates of innovation, productivity, and societal utility.” In other words, the two have taken the idea of a Sim and created PatentSim “to simulate the innovation process in one of three scenarios: a patent system, a â€œcommonsâ€ system with no patents, or a system with both patents and open source protection.” In the words of Johnny Carson wild, weird stuff, and quite fascinating too. Under their model and testing system it appears “that there is no statistical difference in innovation, productivity, or societal utility between a pure patent system and a system combining patent and open source protection.”

This post at Against Monopoly has a nice summary of some of the major articles on the topic of patents and innovation. Which reminds me, folks interested in empirical research should take a read of the paper too as it is trying to fill a gap by testing the innovation assumption in patent theory.

Image: World’s first patent for a golf tee; British patent #12941 of 1889, by Bloxsom & Douglas
Source: WikiCommons
The image size is reduced for our site, but go to the original to see/read the patent.