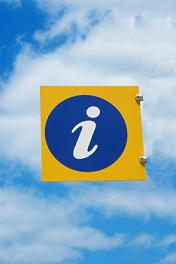 Yahoo! continues to be in the news as company that has lost its way. After failed merger problems, Yahoo has now sold its search business to the formerly evil and now oddly white knight(ish) Microsoft. It seems that Yahoo! and MS are now in a deal where MS’s Bing will power (and have some brand palcement) Yahoo!’s search. Others can go into the drop from about $46 billion to $4 or 5 billion sale price and other Yahoo! acts that make one wonder what the company is doing. For now, I want to remind folks about a little relationship called Yahoo! search powered by, wait for it, Google. Yes, Google. I wonder whether the G would be where it is today if Yahoo! had not given it that key placement. As one article pointed out

In a unique twist, Yahoo didn’t simply renew the deal for Google to be its “backup” partner, used only when Yahoo itself doesn’t have an answer. Instead, the company has embraced Google’s results even more tightly. Unveiled to the general public today is a new Yahoo search results page, where there is no longer a separation between Yahoo’s own human-powered listings and Google’s crawler-based results. Instead, the two are blended together.

Read the whole article for some fascinating perspectives on Yahoo! versus Google when Y was the big player. To be fair, Yahoo! appears to have had small chances to buy Google (but one might also say that after being apparently turned down for help by Yahoo!, the Google folks knew that they should not sell even at $3 billion). I for one don’t think I can say that Yahoo! should have known that Google was going to pop its IPO the way it did. For that matter had then CEO Terry Semmel bought Google, he would have had to take it public to show that it was worth the money. As Wired notes “Google’s revenue stood at a measly $240 million a year. Yahoo’s was about $837 million. And yet, with Yahoo’s stock price still hovering at a bubble-busted $7 a share, a $5 billion purchase price would essentially mean that Yahoo would have to spend its entire market value to swing the deal. It would be a merger of equals, not a purchase.”

So now we have the Yahoo! MS deal. It could be that Yahoo! is again running up the white flag about its ability to be a real technology/engineering company (“But now we have empirical evidence: At Yahoo, the marketers rule, and at Google the engineers rule. And for that, Yahoo is finally paying the price.”). But it may also be a way that MS will be able to grab Yahoo!’s customers, compete on search, and show that it still has the chops to beat back Google’s relentless drive to be all things to everyone. If so, maybe the two companies will balance each other out for a bit. Either way, it seems that as the NY Times pointed out, Yahoo! has exited the search game because as its CEO admits it cannot play in it at the level that MS and Google can (billions of dollars). Whether Yahoo! can find a new way to be relevant is another issue. The Times article describes Yahoo!’s severe dysfunction and what to me reads like classic Internet company arrogance. That being said, maybe Yahoo! is picking its best fight and with a little MS mixed in, Google will have to stay honest too. Or maybe this move is Yahoo!’s way of taking on Google while Yahoo! heads out of our world.