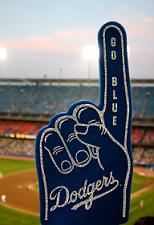 Fred is the resident sports person, but here is an interesting one for sports and law or law like discussions. MLB has a rule that all base coaches must wear a helmet. The rule was a response to a minor league coach being killed by a line drive last year. Larry Bowa, the third base coach for the L.A. Dodgers, and Mariano Duncan, the first base coach for the Dodgers, have refused to wear the helmet. Bowa (who by the way inspired a guy I knew to name his pet boa constrictor Larry) has publicly flaunted the rule and claimed “I’m willing to write out a check for whatever the fine is for every game,” Bowa said. “Whatever 162 games is, I’ll write out a check for it.” He has since backed off the position based on a threat of being ejected. Bowa claims he may show up in catcher’s gear just to show the silliness of the rule.

It is all rather silly as baseball can easily be. Still given the assumption of risk position that baseball embraces, the comments that if anyone knows the dangers of being in an area where small, hard objects fly at you, it has to be a base coach have some merit. As one comment asked why not require umpires to wear helmets? In addition, one discussion suggested that given the knowledge just have the umpires sign a waiver. Baseball is not a lens for all things though some will say otherwise. Here, however, the way the law permeates the views of the rule, whether it must be obeyed, and possible ways to opt out, makes me think that maybe baseball is America’s game because it tracks the litigious nature of our country.

In any event, what do folks think? Keep the rule but let coaches opt out (this may lead to forcing those who wish to be safe foregoing safety to look tough or comply with the group)? Force all to wear helmets, umpires and coaches (but of course leave players off as they would look silly or maybe they are more focused on the ball)? See not as easy as one might think.