Skip to content
Posted on March 4, 2012February 27, 2022 by Michael Risch in Intellectual Property Law, The Trouble With Trademarks, Trademark Law 1

A few weeks ago, I posted here that if you attach a picture from movie posters on your product as a hang-tag, you will be found liable for trademark infringement every time. I later posted that it was a mistake for the props folks in the Hangover II movie to keep calling a knock-off a Louis Vuitton.

To show that I am not blindly pro-trademark owner, I thought I would flag an example of overenforcement – ridiculously so – of trademark rights, in the style of Saturday Night Live’s “Really?” segments.

Penn Law School is holding a symposium on fashion law, including the general counsel from Coach, Ralph Lauren, Stuart Weitzman, and Forever 21. The poster for the event includes a clever parody of a Louis Vuitton design. It fits the classic definition of parody: it is similar enough to the original that you know it is a statement about the original, but it is different enough to know that it was not created by the original mark holder.

Part of the poster design is reproduced below: 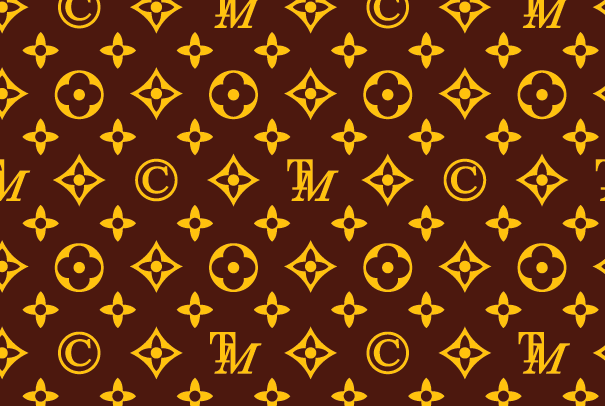 Louis Vuitton sent a demand letter to the dean of the law school, complaining that the use on the poster was trademark infringement and dilution of a famous mark.  Here’s a key quote: “This egregious action is not only a serious willful infringement and knowingly dilutes the LV Trademarks, but may also mislead others into thinking that this type of activity is somehow ‘legal’  or constitutes ‘fair use’ because the Penn Intellectual Property Group is sponsoring a seminar on fashion law and ‘must be experts.'” The letter goes on to imply that Penn’s IP professors must not know anything about IP law since they let this happen. Penn’s counsel wrote a response that was much more polite that I would have been (or am about to be).

Now is the part of the post where I ask “Really?”

Really, Louis Vuitton? You can’t tell a parody from infringement? Is fair use fictional? So fictional that you use air quotes when you refer to it? I know you have to police your mark, but it seems like picking your battles makes sense. Perhaps you think that if you send enough of these letters, fair use really will become fictional.

For that matter, did you not think that people would notice that you lost a parody case already? A case that they teach in law school, where apparently nobody understands fair use and parody? Really?

And do you really think that anyone will be fooled into thinking you are sponsoring a symposium at a law school featuring the general counsel of your competitors and clearly denoted law firm sponsors but no fashion sponsors? Even if LV were sponsoring this, any consumer would expect to see the real logo, not a parody of it.

Also, have you forgotten that trademark use must be in connection with goods and services? It was clever of you to rename the free “symposium” (an obviously noncommercial educational event) as a “seminar” to imply that it is a service offering.

There are so many things wrong with this cease and desist letter, and your insult to the faculty only makes it worse, because IP professors everywhere will take umbrage.

And while I’m ranting about overpolicing by fashion companies, I’ll add, “Really, Coach?” Really, did you think that you could own the word “Coach” including against every coaching service? [Insert your favorite coach name here] would be appalled.

By opposing the mark “Coach” as applied to standardized test books and software, you must have known that no consumer would confuse your high end goods with educational products. But by pressing the dilution doctrine, you must have been shocked when a court ruled that not only did the educational coach mark not dilute your own, but that your own mark isn’t famous enough to support dilution – at least not based on that weak evidence you submitted.

Ouch, that has to hurt, because now every coaching service that receives your overblown cease and desist letter will have an appellate decision case to cite against you. I guess that’s what happens sometimes when you overpolice and someone pushes back.  You might find out that your mark isn’t as strong as you thought it was and that you might actually prove your claims rather than scare people into submission. Really.