Skip to content
Posted on June 28, 2012 by Bruce Boyden in Copyright Law 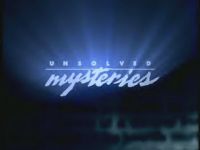 I recently stumbled across this interesting cluster of statements from the 1950s and early 1960s, which struck me as significant:

It is a curious fact that although the Copyright Law has remained without relevant change since 1909 this case should present a question both basic and novel. Does either the Copyright Act or the common law provide copyright owners with a remedy against non-manufacturing sellers of unauthorized phonograph recordings of copyrighted songs?

The question is whether an unpaid manufacturer of copyrighted goods, which are alleged to be defective by the copyright proprietor who has ordered them, may sell them in satisfaction of his claim for the contract price without infringing the â€˜exclusive rightâ€™ of the proprietor to â€˜publish * * * and vend the copyrighted work,â€™ 17 U.S.C. Â§ 1(a); there is a related question as to the rights of persons who have already purchased some of the goods from the manufacturer. It seems exceedingly strange that these questions should arise for the first as is apparently the case, one hundred and seventy-three years after the initial grant of copyright protection by Congress, 1 Stat. 124 (1790), and two hundred and fifty-four after the Statute of Anne, 8 Anne, c. 19 (1709). Whether the lack of precedent is attributable to an unusually high standard of dealing, and of solvency, on the part of copyright proprietors and those manufacturing for them, or to an unaccustomed and unexpressed previous consensus in the profession as to the applicable rule of law, it is none the less remarkable.

This action for copyright infringement presents us with a picture all too familiar in copyright litigation: a legal problem vexing in its difficulty, a dearth or squarely applicable precedents, a business setting so common that the dearth of precedents seems inexplicable, and an almost complete absence of guidance from the terms of the Copyright Act, 17 U.S.C. Â§ 1 et seq.

These are opinions by three different Second Circuit judges, in order, Hincks, Friendly, and Kaufman. They deal with separate issues, but they’re all related in a way — they all deal with the liabilities of ancillary parties to some sort of infringement. And in all three the judges express surprise that these questions haven’t been litigated to death, or resolved by statute, or both, already.

This surprise requires two conditions. First, that the answers had not in fact been arrived at. That much seems clear; law on indirect liability of any sort is sparse before 1963 — Shapiro, Bernstein v. H.L. Green is the famous concessionaire case that announced the modern standard of vicarious liability — and explanation or analysis of the basis for that liability is sparser still. There only a handful of cases from the 1920s through the 1940s, most of which are the “dance hall cases.” The case law more or less originates with Kalem v. Harper in the Supreme Court in 1911, and Gross v. Van Dyk Gravure Co., a 1916 Second Circuit decision. Both opinions essentially infer the existence of indirect liability from the general nature of law. Kalem: “The defendant not only expected but invoked by advertisement the use of its films for dramatic reproduction of the story. . . . It is liable on principles recognized in every part of the law.” Gross: “Why all who unite in an infringement are not, under the statute, liable for the damages sustained by plaintiff, we are unable to see.”

The second condition is the judges’ beliefs that questions of indirect liability frequently arise and therefore should have been resolved long before the late 1950s. This is a bit more opaque: why did Judges Hincks, Friendly, and Kaufman (and presumably the other members of their panels: Lumbard, Waterman, Thurgood Marshall, and SDNY Judge Weinfeld) all believe that these questions were not novel and should have been resolved long ago? Two cases dealt with sound recordings and one with educational toys or puzzles, but the particular facts of these industries do not seem to be the only issue, because similar questions had arisen in the book publishing industry: Drone’s 1879 treatise discusses the liability of sellers of books who were not involved in writing or publishing them.

My guess is that something shifted in the selection of enforcement targets in the 1950s. We tend to think of the pursuit of intermediaries and secondary actors as a modern response to the Internet’s effect on direct infringement, but perhaps something similar occurred in the mid-1950s to mid-1960s — the post-war boom era that featured a dramatic expansion in both the middle class and mass consumer culture, but also, perhaps, declining costs in manufacturing certain sorts of copyrightable materials on a large scale. The manufacturing defendant in Goody, Joseph Krug, recorded a radio broadcast of the Glenn Miller Orchestra during World War II and pressed and sold his own records. He does not seem to have been associated with any larger enterprise, and the opinion says little more about him other than that he settled. In Platt & Munk, the main defendant was the manufacturer of the puzzles and activity books under contract with Platt & Munk, who then attempted to mitigate its losses when its goods were rejected as nonconforming. Again, the facts are unclear, but it seems likely the manufacturer, Republic Graphics, was a small and recent entry to the game book/puzzle publishing market, with a lack of repeat play between the two.

In Shapiro Bernstein v. H.L. Green, we always focus on H.L. Green, the department store. The directly infringing entity was Jalen Amusement Co., about which the opinion says little. Jalen is still around, but apparently not in the record-selling business any more. But this news article makes clear that Jalen was the leading edge of a shift in the industry — it was, according to the stepson of one of its founders, a pioneer in record retailing:

“We were always told he opened the first record store in America. When he was 18 â€” I have a picture of him smoking a cigar at 18! â€” he and his partner made a deal with the guy who owned the Woolworth’s store in Baltimore.”

Records had always been sold at radio stores; Jones’ stepfather aimed to sell 78s at a freestanding concession within Woolworth’s. He ended up opening about 100 locations at five-and-dimes from Canada to Florida, supplying them out of a warehouse in Baltimore. (He ultimately sold his concessions to ABC Records and started a chain of “Seasons Four” record, card and novelty shops at shopping centers and strip malls.) Shortly after his family moved to Pikesville, Apple Records gave his parents a trip around the world for selling the most copies of the Beatles album “Let It Be.”

There’s a lot to explore here. Why did Jalen open “concessions” at Woolworth’s and H.L. Green rather than its own stores? Was it common for department stores to rent out space like that? What led the major department stores to enter the record retail business in that fashion? And, if Jalen got resistance from the major record labels (which it appears it did), where did it get its records from?

On that last point it appears that Jalen not only purchased records from small, and in some cases disreputable, record presses, but also it owned a few labels of its own, such as evidently Deresco Records and Worthmore Records. This may be the basis for the court’s statement that Jalen “manufactured” the bootleg records at issue.

Something seems to have happened in the late ’50s that suddenly made it attractive for a small player like Jalen to open a chain of stores dedicated solely to the sale of records, moving them out of radio stores. This apparently had not been profitable in the 1930s or 1940s. Again, I can only guess, but my guess would be stereo equipment. A large number of middle class families coming out of the Depression and war years flush with cash are going to spend it, and one thing they might spend it on is home entertainment. Like performances, that requires copyright owners to have legal rights over the point of sale if they are going to able to effectively trade content for money. But control over those points of sale, at least in the record industry, appears to be ebbing in the 1950s. (Somewhat like the perpetual rise of the middle class, it may be difficult to find an era in which music copyrights are free from disruption.) Something similar is occurring for television and non-traditional publishers like Platt & Munk; in the 1970s, the film industry will suddenly discover a home market opening up as well. But when courts turn to the law for doctrine to help them resolve these disputes, there isn’t any.

This is in sharp contrast to more well-developed areas of the law, like torts, where the rise of complex causal chains created by industrialization and the emergence of a national market led to the development and refinement of concepts like negligence and products liability. Negligence famously shed its categorical all or nothing approaches from the 19th century in favor of a balancing approach in the First Restatement of Torts, balancing not only the plaintiff’s negligence against the defendant’s, but also the foreseeability of the harm and — crucially — the costs of avoiding it. Courts in copyright cases looked back to a series of intellectual property cases that stretched into the late nineteenth century, that concerned intentional rather than negligent collaborations, and that did not consider the costs of precautions at all. That last omission has wreaked untold havoc in copyright law, up through and including Viacom v. YouTube.