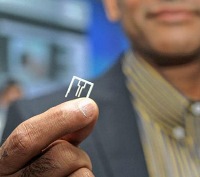 The Aereo case was argued this morning, and before Paul Clement could even get rolling on his introduction on behalf of the broadcaster plaintiffs, Justice Sotomayor hit him with this:

JUSTICE SOTOMAYOR: I’m looking at the — everybody’s been arguing this case as if for sure they’re not. But I look at the definition of a cable company, and it seems to fit.

I’ve been wondering this too. The question presented in Aereo is whether Aereo is engaged in a “public performance” when its servers automatically save and transmit recorded broadcast television programs to subscribers at their request, or whether that activity is properly understood as only the users’ activity.

In debating that issue, both the broadcasters and Aereo have at separate points analogized Aereo to a cable system — the broadcasters in the course of claiming that Congress intended to define what Aereo is doing as a “public performance,” just as it did with cable retransmission; Aereo in claiming that it is engaged in disruptive innovation, just as the early cable operators did. But that raises a somewhat different question: why isn’t Aereo subject to Section 111 of the Copyright Act? If it is, then the Court could avoid the entire debate over public performances; the text of Section 111 provides a direct route to liability for certain retransmissions without even mentioning the words “public performance.” And yet, as far as I can tell, it has not been raised by the broadcaster plaintiffs as a basis for a preliminary injunction.

Subject to the provisions of paragraphs (2), (3), and (4) of this subsection . . . , secondary transmissions to the public by a cable system of a performance or display of a work embodied in a primary transmission made by a broadcast station licensed by the Federal Communications Commission . . . shall be subject to statutory licensing upon compliance with the requirements of subsection (d) . . . .

Furthermore, nonsimultaneous secondary transmissions by a cable system are also “actionable as an act of infringement under section 501” unless “the program on the videotape is transmitted no more than one time to the cable system’s subscribers,” the program is transmitted without deletion or editing, steps are taken to prevent duplication, and certain recordkeeping requirements are met. The appeal of Section 111 for the broadcaster plaintiffs in this case is that, if Aereo is a “cable system,” then its liability can be determined without any reference to whether the retransmissions are a “public performance” or not. Section 111 defines a violation purely in terms of “further transmitting . . . a primary transmission,” and there is no question that Aereo is doing that.

So this would appear to be a promising argument for the plaintiffs, except for the fact that almost everyone involved agrees that Aereo is not a “cable system,” including some of my co-bloggers here. I don’t think this is apparent from the text, however. “Cable system” is defined as:

a facility, located in any State, territory, trust territory, or possession of the United States, that in whole or in part receives signals transmitted or programs broadcast by one or more television broadcast stations licensed by the Federal Communications Commission, and makes secondary transmissions of such signals or programs by wires, cables, microwave, or other communications channels to subscribing members of the public who pay for such service.

Aereo has “facilities” located in particular locations that receive FCC-licensed broadcasts, which it then retransmits by wire, cable, or similar communications channels to its subscribers. So it’s a cable system, and it is engaged in a secondary transmission without complying with Section 111’s restrictions. End of case.

Even if the Copyright Office does get deference on Section 111, I do not believe it has addressed the precise situation here, but that argument will have to wait until tomorrow.

10 thoughts on “Why Isn’t Aereo a Cable System?”