Is Hachette Being Hoisted by Its Own DRM Petard? 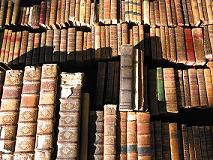 Rebecca Tushnet points to this column by Cory Doctorow arguing that Hachette is being held hostage in its fight with Amazon over e-book versions of its books because of its “single-minded insistence on DRM”: “It’s likely that every Hachette ebook ever sold has been locked with some company’s proprietary DRM, and therein lies the rub.” Doctorow argues that because of the DMCA Hachette can no longer get access, or authorize others to get access to, its own books:

Under US law (the 1998 Digital Millennium Copyright Act) and its global counterparts (such as the EUCD), only the company that put the DRM on a copyrighted work can remove it. Although you can learn how to remove Amazon’s DRM with literally a single, three-word search, it is nevertheless illegal to do so, unless you’re Amazon. So while it’s technical child’s play to release a Hachette app that converts your Kindle library to work with Apple’s Ibooks or Google’s Play Store, such a move is illegal.

It is an own-goal masterstroke.

First, the anticircumvention point. This is something a lot of people miss, but Section 1201(a) only applies to circumvention done “without the authority of the copyright owner.” Hachette can immunize any user of its works from circumvention liability by authorizing circumvention, if it wanted to, and there’s nothing Amazon can do about that. It is true that technology providers may be “injured persons” entitled to sue under Section 1203(a) for violations of Section 1201, but the activity in question still has to be a violation.

But Doctorow mentions “removing” the DRM, and Rebecca Tushnet mentions that the issue of “stripping” it came up at the 1201 hearings. Maybe the thought is that Hachette could authorize circumvention but not “stripping” of the DRM, because Amazon has some sort of IP right in the encrypted file that would prohibit that. If that’s the argument I have all sorts of skepticism. (1) I’m not sure what “stripping” is exactly that distinguishes it from circumvention — perhaps saving the file in unencrypted form? That requires an argument that removing DRM from an encrypted file without the DRM owner’s permission is a violation of something. It’s not a violation of 1201, as long as you have the copyright owner’s permission, as I mentioned above. That’s true even if the encryption is itself copyrighted (which I doubt), because you don’t have to circumvent anything to get to the encryption — you’re circumventing the encryption to get to something else. (2) In any event it seems unlikely that there is some sort of plausible argument that the encrypted bits of a copyrighted work are somehow separately copyrightable, or that the encrypted file is a derivative work, or even if it is that deleting the new bits of a derivative work (leaving only the original) somehow violates the derivative work author’s rights.

There’s a third possibility, which is that while perhaps the act of circumventing could be authorized by Hachette under 1201(a), the act of creating tools to circumvent could not be, and Amazon could therefore sue under 1201(b), which prohibits making tools to circumvent a technological measure that “effectively protects a right of a copyright owner under this title.” It’s probably true that Hachette itself could not make such a tool, but that’s not due to anticircumvention law. Hachette may well have entered a contract with Amazon that prohibits it from disclosing the trade secrets contained in the Kindle DRM scheme.

But would others be liable for making such tools under 1201(b)? That strikes me as a nonstarter, again assuming that Hachette gives permission to decrypt. 1201(b) provides that a technological measure protects a right of a copyright owner — thus falling within the prohibition for circumvention tools — “if the measure, in the ordinary course of its operation, prevents, restricts, or otherwise limits the exercise of a right of a copyright owner under this title.” I suppose you could argue that a measure prevents a user from exercising a right of the copyright owner even if the copyright owner has licensed that exercise — there’s no reference to authorization, as in 1201(a). But that’s an odd reading of the statute. Among other absurdities, it means that manufacturers of licensed devices — such as DVD players — violate 1201(b) because their tools circumvent, in the normal course of operation, the encryption scheme on DVDs, which otherwise prevent purchasers of DVDs from exercising the right of reproduction or public distribution of the copyrighted works on the DVD.

Moving back to Hachette and the “own goal” idea, there’s a second basic problem with Doctorow’s argument that I don’t see a solution to. Namely, I don’t understand why Hachette would be trapped here, even if it could not authorize anyone to use the Kindle versions of its e-books. Unless Hachette for some reason retained absolutely no copies of its own e-books, such that Amazon has the only (encrypted) digital copies on the planet, and it would be infeasible for Hachette to create new ones, then it would seem pretty easy to provide new copies to other distributors and license those other distributors to carry them — assuming that’s contractually permissible, but I can’t imagine Hachette’s contract with Amazon says that is prohibited from going elsewhere and that Amazon can refuse to sell them. It’s more likely that Hachette is stuck simply because of Amazon’s market power.