Skip to content
Posted on September 24, 2008 by Michael Madison in Just for Fun 1

Take a look at this screenshot from the Campaign HQ for McCain Potatoes: 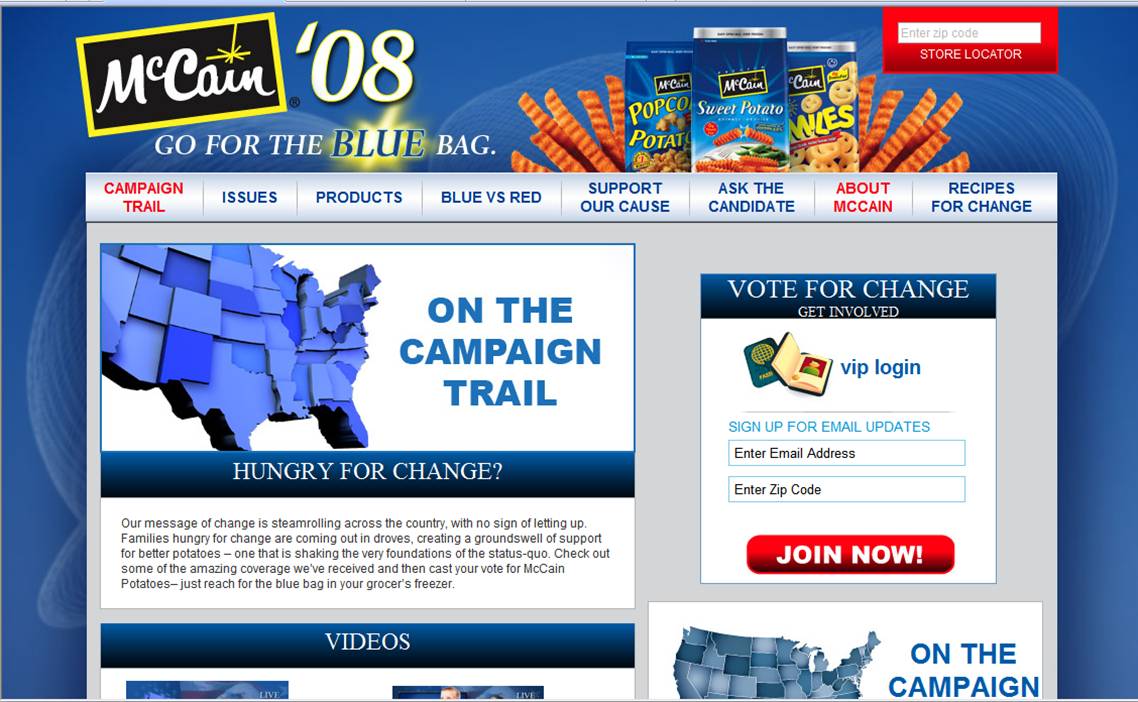 Political parody?Â  No — it’s a real promotional campaign for the french fries and other potato products offered by a real company called McCain, which is trying to capitalize on an unbelievably opportune moment in the company’s history.Â  But the company doing so in a way that treads pretty close to the line of acceptable use of another person’s likeness, and perhaps crosses it.Â  Take a look at the video footage available at the site, which includes extensive footage of a faux (John McCain), weird smile and all, distributing the company’s distinctive blue packages at “campaign” appearances.Â  I looked for the video at YouTube, but it’s already been taken down.

Years ago, Ralph Nader narrowly escaped the trademark clutches of MasterCard when he ran a campaign commercial that parodied its “For Everything Else . . .” campaign.Â  Is McCain Foods on the safe side of the opposite risk — that John McCain the candidate might raise a false endorsement claim?Â  I’ll be honest:Â  When I first looked at the site and watched the video, I was confused, at least for a few moments.Â  But a Republican candidate for national office might be well-advised to steer clear of the potato(e) patch.

One thought on “McCain Potatoes”