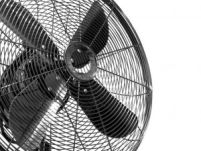 Over on Concurring Opinions, Dave Hoffman has an interesting post concerning a fantasy author, George Martin, who has somewhat peculiar notions concerning copyright and fair use. In the course of explaining why, in his view, science fiction and fantasy authors must sue to shut down fan fiction wherever they find it, Martin cites as anecdotal evidence an incident that he claims happened to noted science fiction author Marion Zimmer Bradley:

MZB had been an author who not only allowed fan fiction based on her Darkover series, but actively encouraged itâ€¦ even read and critiqued the stories of her fans. All was happiness and joy, until one day she encountered in one such fan story an idea similar to one she was using in her current Darkover novel-in-progress. MZB wrote to the fan, explained the situation, even offered a token payment and an acknowledgement in the book. The fan replied that she wanted full co-authorship of said book, and half the money, or she would sue. MZB scrapped the novel instead, rather than risk a lawsuit.

There’s some doubt expressed in the comments that Martin has recounted this story accurately, but that’s not my issue right now. Assume it happened just that way. I posted a comment saying that authors could avoid this situation by making clear, if they give their blessing to fan fiction, that it’s under a reciprocal licenseâ€”the author has a nonexclusive license to use any derivative work created by the fan. (I also noted some other things, like the fact that joint authorship was not a real threat.) Jacqui posted a comment noting the scholarship on fan fiction, some of which argues that at least traditional fan fiction should be protected as fair use.

Put those points together, like some sort of bizarre Reese’s peanut butter cup commercial. Suppose Author A puts up a notice on their website along the lines I suggested, and suppose Fan Fiction Writer B sees the notice and then writes some fan fiction. Author A sees the fan fiction, and then sometime later writes a sequel that bears enough similarity to it to arguably qualify as substantially similar. But B argues: “Sure I saw your proffered license. But I didn’t need a license from you to do what I did; it’s a fair use. Therefore the original material I created belongs to me and you needed a license from me to use it.”

Something strikes me as wrong about B’s argument, but I’m not sure exactly what. It could be some variant of the copyright chestnut of an author being sued for infringing on him- or herself. It also reminds me a bit of Verio’s (losing but plausible) argument in Register.com v. Verio, that you can’t protect by contract something you have no exclusive rights over in the first place. But it seems very odd to have fair use being, essentially, converted from a shield to a sword.

Is there a clear way for authors to both bless fan fiction and avoid “blocking derivative works”? Would a mere covenant not to sue fan fiction writers, rather than an actual license, do the trick, such that use of the underlying material is not licensed and therefore Section 103(a) kicks in to deprive B of ownership over the new material? I’m not sure that establishes the necessary licensing hook the author would need in the first place. Perhaps the answer is that individual authors, just like large publishing houses, have to be extremely careful about unsolicited submissions. But that seems unsatisfactory. Thoughts?