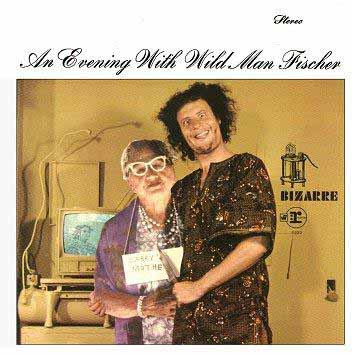 Preparing to teach “new use” copyright licensing cases this week, over the weekend I dug into Cohen v. Paramount Pictures Corp., 845 F.2d 851 (9th Cir. 1988). The plaintiff, Herb Cohen, alleged that the defendant exceeded the scope of a license that he granted to the predecessor of Paramount in connection with the use of a “musical composition” titled “Merry-Go-Round” in Haskell Wexler’s film, “Medium Cool.” The license covered film and television uses; the defendant had released the film on videocassette. Did the defendant infringe? The court said, in effect,Â yes.

It doesn’t take much to learn about Haskell Wexler and the film itself. I always wondered, however, about “Merry-Go-Round.” It wasn’t exactly Top 40 material, and Cohen was the copyright owner, not the composer. Re-releases of “Medium Cool” don’t contain the track, because it was removed after Paramount lost the case.

It turns out that “composer” is a strong word. The “song,” such as it is, is by Wild Man Fischer, born Lawrence (Larry) Fischer. Fischer was discovered by and worked originally with Frank Zappa, and Cohen was Zappa’s manager. I haven’t figured out precisely how Cohen got the publishing rights to Fischer’s work, but given the close working relationship among the three men in the late 60s/early 70s, the outcome isn’t terribly surprising.

Listen to “Merry-Go-Round” below. Â Wild Man Fischer no doubt has his fans, but the work is a “musical composition” in the copyright sense, not in any classical musicological sense. The divorce of music copyright from its Tin Pan Alley roots is quite clear: