Rights of Publicity in Outer Space

A preliminary injunction hearing was held the other day in Los Angeles in Buzz Aldrin’s right of publicity lawsuit against Topps, which makes trading cards. Â He accuses Topps of including his image and likeness on an “American Heroes” trading card and package without his permission, and for its own commercial benefit, in violation of California statutory and common law right of publicity law. Â Topps replies that its use of the image/likeness is protected by the First Amendment. Â  The photograph itself, I believe, is in the public domain as a work of the US Government. Â The photograph was taken by Neil Armstrong, who was (I believe) a federal employee at the time, acting in his official role.

Buzz Aldrin as he appeared when he was part of NASAâ€™s space program.

This is the likeness that Aldrin is relying on. Aldrin is inside the spacesuit. Neil Armstrong took the photograph. 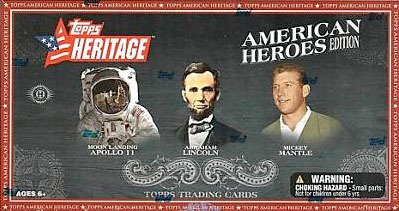 One of the accused images. I believe that this is part of the packaging used by Topps. 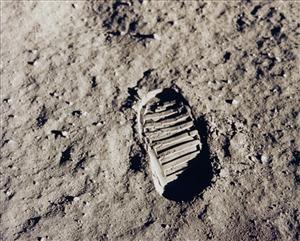 This what I believe is Aldrin's bootprint on the moon. I've included this image because I wonder whether it consists of Aldrin's likeness.