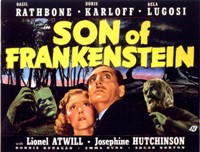 The House Judiciary Committee held a markup hearing today on the Stop Online Piracy Act, H.R. 3261, the bill that is quickly shaping up to be this year’s big copyright battle. I’ve written two prior posts on the bill, Part I and Part II.

This is a good opportunity to recap where I came out at the end of my last post: SOPA in its then-current form was very troubling. The most troubling part was Section 103, which seemed to have been drafted with two inconsistent goals in mind, as if the co-authors were Dr. Jekyll working alongside Mr. Hyde: on the one hand Section 103 appeared to offer limited supplemental remedies in suits brought under existing copyright and trademark law, and on the other it appeared to significantly modify existing law by creating a free-form cause of action and a notice-and-takedown regime that went far beyond what the DMCA enacted thirteen years ago. For the reasons I stated in the post, I believe that the former reading — the Jekyll version if you will — had to be the correct one, because both the alleged new cause of action and the apparent notice-and-takedown regime were radically under-specified. I’m still concerned that critics of the bill are cementing an overly broad reading of it — the Hyde version — by not even acknowledging the Jekyll reading as a possibility. (This is akin to a concern that Jessica Litman has recently expressed as well, that copyright critics may ironically worsen the doctrines they are concerned about by asserting the most damaging interpretation.)

In addition to all that, SOPA as introduced had an overly broad scope for (what I argue are) the supplemental remedies — they appeared not just to apply to sites infringing in the U.S. but as a practical matter immune to traditional means of enforcement — the so-called foreign “rogue sites” — but to any website, anywhere, even one that a U.S. court would have no problem directly enforcing a preliminary injunction against with contempt sanctions. That is, even if Section 103 were amended to make clear, as I believe it should be, that the remedies involving domain names and ad networks are supplemental means of enforcement, it did not expressly limit itself to situations where there is a need for such extraordinary remedies. I would hope that courts would nevertheless apply such limits anyway, but that might be asking a lot from a court unfamiliar with the policy debates.

In advance of today’s hearing, SOPA’s main sponsor, Rep. Lamar Smith, offered a “manager’s amendment” to the bill making several changes. Does Smith’s amendment fix the above problems? Yes and no. The amendment makes two significant changes to Section 103 that address some of the concerns I had. The scope problem has been partially addressed. Section 103, like Section 102, applies to “U.S.-directed sites,” which previously was not geographically restricted in any way. But the amendment changes the definition of “U.S.-directed site” to include only “foreign Internet sites,” meaning sites for which the domain name is registered with a foreign entity, or if there is no domain name, the IP address is assigned by a foreign ISP. This definition still is not as narrow as it should be. It would be preferable to restrict the special remedies of Sections 102 and 103 to situations of last resort — where the ordinary contempt powers of a court would not achieve the goal of stopping infringement. If a site is actually hosted on a U.S. server (i.e., has an IP address assigned by a U.S. entity), then even if it has a foreign-registered domain name, it would seem to be within the practical reach of U.S. courts. (This is an issue of practical authority, not jurisdiction; the court has to have subject-matter and personal jurisdiction or there’s no case.) But overall it’s a step in the right direction.

In addition, the purported notice-and-takedown regime has been completely eliminated, perhaps because it did, as I argued, seem to be a prerequisite to special remedies as opposed to an alternative route to compliance. That is, it actually seemed to impose a waiting period of five days before an action could be filed, during which (despite the use of “shalls” and “musts”) payment providers and advertising networks were only given a opportunity to take voluntary action. The way I was reading the statute, its elimination is probably not an improvement for SOPA critics; I would have simply eliminated the “shalls” and “musts” to make clear it was a prerequisite, not a notice-and-takedown regime.

Rep. Smith’s amendment largely leaves untouched the procedures for getting court orders; it thus continues to contain the confusing language I originally objected to appearing to create a new cause of action. Let me first explain that argument in somewhat more detail than I did in Part II of this series, because I’m not sure it came through clearly (or perhaps people just flat-out reject it). I argue that under the best reading of Section 103, there is no new cause of action for being an “Internet site dedicated to theft of U.S. property.” There are orders that can be entered against such sites, but those orders have to be entered in an action initiated under existing copyright or trademark law.

On first blush, SOPA Section 103 appears to create a new cause of action; it refers several times to “an action under this subsection,” meaning subsection 103(b) as amended. That subsection begins by stating,

IN PERSONAM.–”A qualifying plaintiff may commence an in personam action against–”
(A) a registrant of a domain name used by an Internet site dedicated to theft of U.S. property; or
(B) an owner or operator of that Internet site.

That’s who the defendants are, and that’s what the court can order as relief in a preliminary or permanent injunction; but what is the cause of action? That is, what is the claim that forms the basis of filing suit, that has to be pleaded in the complaint? There still is not anything in SOPA that states that it is a violation of federal law or someone’s rights to operate an “Internet site dedicated to theft of U.S. property,” as bad as that sounds — it’s just a defined term. Call it “Rutabaga” to avoid confusion. Is there a provision that says if you operate a Rutabaga, you’ve committed a violation? There’s the definition of “qualified plaintiffs,” who are the entities entitled to seek the orders in Section 103(b)(5):

The term “qualifying plaintiff” means, with respect to a particular Internet site, a person with standing to bring a civil action for a violation described in paragraph (1)(C).

OK, what civil actions for violations are described in paragraph 103(a)(1)(C)?

An Internet site is an “Internet site dedicated to theft of U.S. property” if–” . . .
(C) either–”
(i) the site is primarily designed or operated for the purpose of, has only limited purpose or use other than, or is marketed by its operator or another acting in concert with that operator primarily for use in, offering goods or services in violation of–”
(I) section 501 of title 17, United States Code, for purposes of commercial advantage or private financial gain, and with respect to infringement of complete or substantially complete works;
(II) section 1201 of title 17, United States Code; or
(III) provisions of the Lanham Act that prohibit the sale, distribution, or promotion of goods, services, or materials bearing a counterfeit mark, as that term is defined in section 34(d) of the Lanham Act (15 U.S.C. 1116(d)) or section 2320 of title 18, United States Code; or
(ii) the operator of the site operates the site with the object of promoting, or has promoted, its use to carry out acts that constitute a violation of section 501 or 1201 of title 17, United States Code, as shown by clear expression or other affirmative steps taken to foster such violation.

The “violations” mentioned in paragraph 103(a)(1)(C) are violations of copyright and trademark law. There’s nothing in 103(a)(1)(C) that makes being an “Internet site dedicated to theft of U.S. property” itself a violation. So a “qualifying plaintiff” is a plaintiff who can sue the defendants under existing copyright and trademark law. Which means that the “action” referred to in Section 103(b)(1) has to be an action for copyright or trademark infringement, and the remedies provided under 103(b)(5) should be interpreted as applying to a subset of parties liable for copyright or trademark infringement, not defendants in some new freeform action for being “Internet sites dedicated to theft of U.S. property.”

Even if I’m right, all of this is incredibly confusing the way it’s worded, and it would be much better simply to rewrite this section as providing special remedies in a limited number of copyright and trademark actions. But that is what I believe it does right now, confusingly or not.

One final note. The concerns I’ve expressed above are in part concerns that about the breadth of the language and its impact on targeted sites and third parties, such as advertising networks, that will bear compliance costs under SOPA. But I’m also concerned that copyright owners are getting more than they bargained for with this legislation. (I realize it’s quaint, at best, to be concerned about copyright owners.) Legislation that is as unclear as Section 103 has unpredictable outcomes. And the primary industry proponents of this bill will not likely be the ones setting the judicial agenda. Sweeping new powers seem like a good idea if you imagine yourself wielding the power. But the history of copyright legislation indicates that large industry repeat players are not likely the ones who will be bringing most of the high-profile cases. Righthaven does not represent Hollywood businesses; Lexmark is not a member of the DVD CCA; Westbound Records (Bridgeport Music’s co-plaintiff) made its argument that sound recordings lack a de minimis exception to copyright infringement against a record label and a movie studio. Decisions like those tend to become a rallying cry against the law’s ridiculousness, doing long-term P.R. harm to respect for copyrights and trademarks generally. Section 103, even as amended, still applies where it’s not needed, and still confusingly seems to create a cause of action, or at least a remedy, that goes beyond the bounds of traditional copyright and trademark law. Both these aspects need to be reformed before final passage.