What’s Up With SOPA? 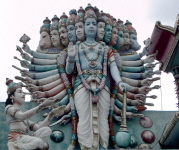 The tech blogosphere is abuzz with discussion of yesterday’s House Judiciary Committee hearing on SOPA, the Stop Online Piracy Act, H.R. 3261. (Mainstream news sites seem not to have noticed; the New York Times website front page mentions the impending sale of Yahoo, but not SOPA.) A good deal of that discussion refers to SOPA in apocalyptic terms: the bill would allegedly “break the Internet,” or “end the Internet as we know it,” or drive YouTube and Facebook out of business if enacted. Even non-lawyer relatives are asking me about it.

Does the bill really do all that? No. Copyright-related debates have been going on long enough, and at such a fever pitch, that such predictions are pretty much the price of admission now to rally the troops. There’s a pretty good inductive argument that predictions of the imminent death of the Internet or of the content industry are actually a reliable indicator that neither the Internet nor the content industry will die. But that doesn’t mean SOPA’s a good idea. So step one is figuring out what it does.

I’ve sat down and read the bill and there’s some aspects to it I think are misunderstood — perhaps by almost everyone. One of its provisions is much more narrowly targeted, and I think reasonable, than is generally being described. I’m going to break this discussion up into a few posts, and I’ll tackle that one first. A second provision is … deeply odd, in ways I haven’t seen mentioned, and I have serious reservations about it, but it is probably not the Vishnu-like destroyer of worlds it is being portrayed as. Finally, I’ll wrap up with some thoughts on what drives copyright rhetoric and politics generally.

The two main provisions that have gotten the most attention are Sections 102 and 103 of the bill. First, there’s Section 102, which reveals the roots of this bill as one designed to target foreign websites beyond the reach of U.S. courts but nevertheless serving U.S. audiences with infringing materials — so-called “rogue sites.” Section 102 allows the Attorney General to institute an action against “foreign infringing sites” engaged in criminal violations of copyright or trademark law, and as part of that action may seek a TRO or preliminary injunction from the court ordering the site (either the site owner, domain name registrant, or the site or domain name itself in rem) to cease and desist from the infringing activity.

Which is where the additional remedies of Section 102 come in. Section 102(c) provides that the court can authorize certain injunctive relief against the IP equivalent of what the SEC might call “relief defendants” — innocent third parties who are unknowingly assisting in the allegedly wrongful conduct. Those third parties include ISPs who help route communications from U.S. users to the site, search engines, credit card payment networks, and third-party advertising services helping to place ads on the site. The overall idea appears to be to reach criminal conduct through U.S.-based intermediaries that the court can’t reach directly.

So far this does not seem all that troubling to me. Courts have long had this sort of power with respect to civil copyright infringement — after finding a likelihood of infringement (and according to the law of most circuits, the more the balance of harms tips to the putative infringer, the higher the likelihood of success on the merits must be) a court can issue a TRO or preliminary injunction ordering the impoundment of allegedly infringing materials, or ordering the defendant to stop circulating or showing allegedly infringing materials, even if the material in question is a hit Hollywood movie that is currently playing in theaters and pulling it would be extremely disruptive to the defendant’s business. The additional remedies against the “relief defendants” seems warranted in the limited circumstance where the site owner is targeting U.S. users but is otherwise beyond the reach of U.S. courts. Plus, in order to get one of these injunctions, all three branches of government need to sign off on it: Congress will have authorized it, the Executive will have had to exercise its prosecutorial discretion in bringing a case, and the Judiciary will have had to exercise judicial discretion in actually ordering the relief.

There is one technical objection that has been raised to the third-party relief, concerning the security of the domain name system, that I have questions about that I’ll take up in a later post. But for my next post, I want to focus on where things start to go awry, albeit not in the way people have suggested: Section 103.

[Related posts: Two Flaws in the SOPA, Son of SOPA.]