Skip to content
Posted on August 17, 2012 by Michael Madison in Law & Technology 1 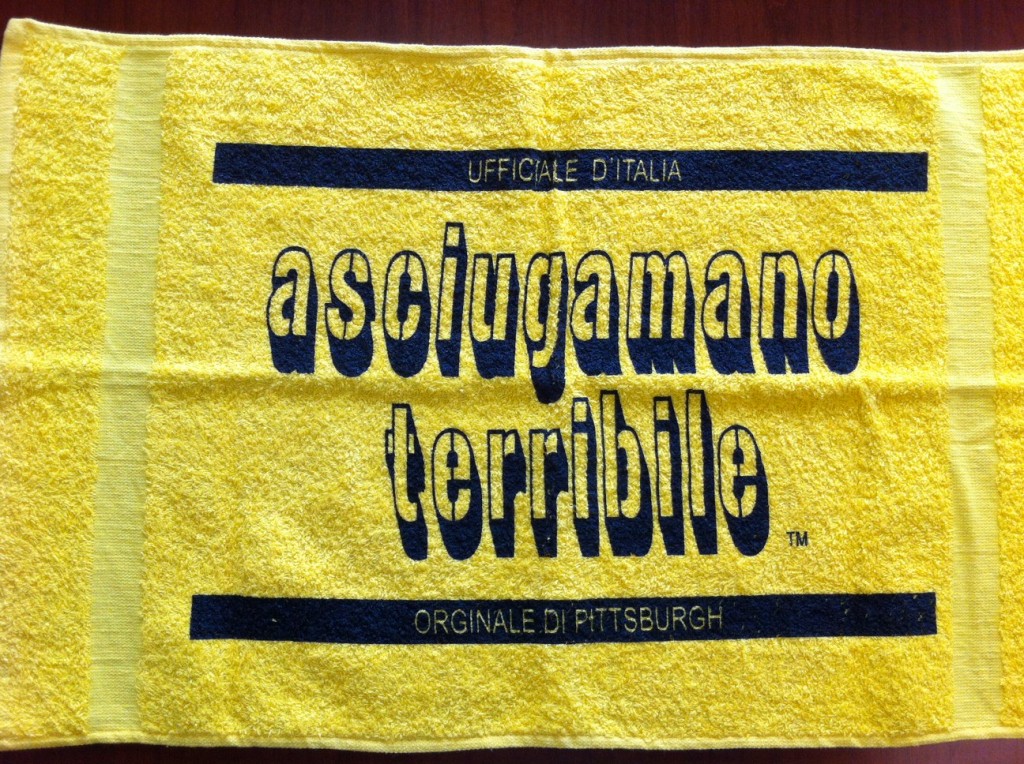 I’ve written several times before about the “Terrible Towel” marks in Pittsburgh and my skepticism about their validity.Â  (The Terrible Towel is a Pittsburgh-specific gold terrycloth towel, withÂ a “Terrible Towel” legend painted on in black, that is the unofficial icon of Pittsburgh Steelers football fans everywhere.Â Â Thousands ofÂ Terrible Towels are seen in NFL stadia every season, beingÂ twirled above fans’ heads.)Â

The law (or at least the lawyers for the mark’s owner), inÂ its majesty,Â marches on.Â  The latest development is a lawsuit against the sellers of the “Italian” towel, pictured above, for infringing the marks.Â

There is no question that the “Italian” towel mimics the authorized Terrible Towel in almost every respect except the choice of language.Â  The Italian-language version has beenÂ available from time to time both online and in some Pittsburgh-area stores.Â  I bought mine –Â photographed above — from a local institution.Â  To protect the innocent, I won’t name it.Â  But the proposition that any local consumers might be confused in any Lanham Act sense is laughable.Â  Everyone in Pittsburgh now knows that the true Terrible Towel is associated with Myron Cope (a late local broadcaster), and the Italian language one pointedly omits any reference to Myron.Â  The Italian towel is a parody.

I am, of course, delighted by the timing.Â  My Trademark Law course begins in a week, and now I have my introductory material for day one of the course.

One thought on “Asciugamano Terribile”