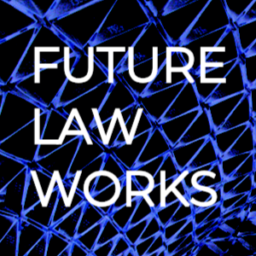 It’s so important, at least to me, that it’s longer than either of the first two installments. Much longer. I had to break it into three parts of its own. This is the first.

TL/DR version: Strap in. Change is going to be messy, maybe ugly, and no one has a game plan for it or for you — practitioners, judges, academics, students and new graduates, entrepreneurs. Least of all me. It’s like the fire swamp, from The Princess Bride. Survive it? You’re only skeptical because no one ever has.

Here is the case that I’ve made so far:

US law schools face serious financial challenges (declining enrollments, potential competition from other providers, uncertain support from central university administrators), but none are so dramatic or consequential yet that law deans and faculty members are scrambling to make their schools more useful or practical or anything other than what they’ve been for decades. Instead, what’s confronting law schools, slowly but with gathering momentum, are changes to labor markets for entry-level law graduates that will press schools at some point to do more to meet the demands of present and future students for more work- and career-relevant training. Right now, labor market changes are diffuse and diverse, and the current market clears well enough.  Law schools have been able to adapt at the margins rather than needing to confront bigger challenges. When tweaking doesn’t work, expect more substantial movement.

Law schools, legal schools, and more.  In time, legal education in the US will cease to be baked into a single model, currently expressed as the three-year post-graduate program leading to the J.D. degree. In time, holders of the J.D. degree in the US will cease to be all of the people who are employed as legal experts.  We will see multiple pathways to multiple certifications, some of which justify licensure of one sort or another and some of which do not.  Social media and practitioner and business journals are filled with demands and prognostications:  law schools must do this; law schools must do that.  Most of those “musts” are bunk. Legal education will look different, in the future, mostly because legal education won’t consist exclusively of law school.

Law is like health, not medicine.  I read and hear a lot about analogies between law school and medical school, analogies that often lead to arguments about how law schools must evolve, like medical schools already have, to focus more explicitly on competency-based training. (The analogy is far from novel.)  Both the analogy and the argument are incomplete. The relevant parallel isn’t between law and medicine; it’s between law and health.  Health sciences education in the US isn’t baked into a single model.  Not every health sciences expert has an MD or is licensed as a physician.

Lots of blooming flowers. Institutional pluralism will take many forms. There are likely to be different curricula, some based on the standard JD program that all law schools use today, and some not.  Teaching goals and materials will be more eclectic than they are now, because almost everything now is based on a casebook format, and the casebook is a 150-year-old technology. It’s tried; it’s not necessarily true.  Pedagogy, faculty, and providers will not be grounded exclusively in the university tradition or in expectations that all teachers are participating, explicitly or implicitly, in norms and practices of academia first and other worlds (private law practice, public interest service, government service, etc.) second. Online and remote teaching models are going to be part of this mix, although they are easy to imagine but difficult and expensive to execute well.

Infrastructures. We’re likely to see more explicit distinctions between foundational or “infrastructural” educational certified experiences, which are needed for success across any number of domains of expertise, and specialized concurrent or later-in-career certified experiences — now called, misleadingly, “lifelong learning” and “continuing education.” (The word infrastructure may conjure images of bridges, tunnels, and railroads, so the word platform may be a useful if imperfect substitute for most purposes.) The former may be the JD or other first law degree; there may be other foundational experiences. The latter may be “back to school” things like executive education but may take other forms. The JD is unlikely to be the be-all and end-all of education and preparation for getting paid for legal expertise, as it is now. “Google Law School,” from my last post, suggests hypothetically that some forms of legal education, and especially some specialized forms, may come from someplace entirely foreign to our present legal education world and may take entirely new forms.

Not so special.  Last, and importantly, legal education will be less distinctive than it is today relative to other genres of specialized university-based education.  What’s likely to happen specifically to law may well happen — may already be starting to happen — across the broader university as a whole.

Is that the world in five years? Ten years?  Fifteen years?  In my own estimates, I usually err on the side of longer timeframes overall and much shorter timeframes in certain sectors, based on the differential effects of the dense, layered, powerful, and economically and culturally embedded sets of practices and expectations that we usually label “the legal profession.” Where the cultural and organizational presence of the incumbent profession is powerful (licensure, for example), expect change to be slow and incremental. Where its presence is lighter or absent (cross-field collaboration; extension of experts from other fields into new domains that have both classically legal and non-legal attributes as well as others, such as privacy), expect the world to turn faster. I use the word “expertise” rather than “professionals” for a reason:  what’s already emerging around us, and not only in law, is a world of expertise rather than a world limited by profession-based gatekeepers. But the professions were a long time in their development over the 20th century. They will put up some ugly and difficult resistance, and maybe they won’t evolve much at all.

So change is coming, probably, and change is happening right now, in certain respects, and we can’t be sure today that change-yet-to-come will be slow or fast or great or awful. Change management seminars and executive education how-to’s to the contrary, there’s no such thing as a one-size-fits-all playbook for managing the transitions now getting underway, no single pattern to discern or predict or follow. You can hope to read enough and listen to enough other people to acquire a good working sense of the landscape now and heading forward. It’s better to reflect quite a bit along the way and to think of that landscape broadly as a complex education-and-expertise system, with some market-based features and some non-market-based features, rather than to presume that it’s all a market, or a series of markets. We’ve learned a lot about describing and defining complex systems. We know that they may produce unexpected results. Emergent order, to social scientists, is a fascinating thing to study. It can be a scary thing to experience.

I’m mostly in the framing-the-challenges business rather than the advice-giving business.  (At the end, I’ll offer a handful of what-to-do tips.)  Here’s a frame.  Stories help, because they always do. Stories help us understand what’s going on. (Data don’t make sense of themselves.  We need to know what data matter and where to find them.) Stories guide our intuitions about what we should be doing ourselves. Stories are patterns. We react to them. We create them, plotting our ways forward based where we want stories to go.  Where do we want and need to be? To be a no-name modestly successful ice hockey player, read the pattern of play and know where the puck is headed. If you want to be a superstar, like Wayne Gretzky, then create the pattern. Tell the story.

Here are three stories of change.*

[To be continued, soon.]

* For the summary that comes next, I’m indebted to scholars in Australia and the UK who produced a pair of excellent journal articles, The Legal Academy’s Engagements with Lawtech: Technology Narratives and Archetypes as Drivers of Change and The Profession(s)’ Engagements with LawTech: Narratives and Archetypes of Future Law.  Those are both worth your time. I don’t agree with all of their conclusions, but I like how they lay out the issues.