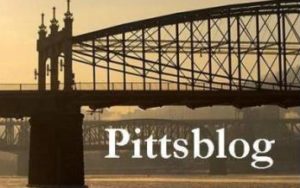 Food culture offers an emblem and embodiment of postindustrial transformation. Pittsburgh’s tastes have never been fixed, but the pace of change has picked up in its modern rendering. This isn’t “your father’s Pittsburgh” any longer, let alone your grandpa’s, where neighborhood identities and family-run restaurants were imported from Pittsburghers’ European homelands and remained largely constant over generations. The winds — and aromas — of change are blowing with greater velocity.

Pittsburgh still has more than its share of beloved old-time food traditions and venues. Pierogies. City chicken. Cookie tables. Some traditions have anchored themselves in bigger neighborhood and community rituals, such as Lenten fish frys and Greek food festivals. Others are strongly linked to specific places, such as Primanti’s sandwiches, Prantl’s burnt almond torte, and macaroons at the Duquesne Club.

The following appears in the Fall 2022 issue of Postindustrial, a Pittsburgh-based magazine. Postindustrial subscriptions are available here.

So much postindustrial attention gets lavished on economic rebounds, neighborhood revitalization, and yes, sports, that we risk missing out on what captures and sparks our collective community imagination: Art, and the arts. Cities should inspire, not simply serve. At its best, that’s the purpose of public art and art in public.

In May, Pittsburgh’s Warhol Museum announced a plan to spend $60 million over 10 years to transform its corner of the North Side into a “Pop District”: an expanded museum and performance space; arts education and training programs for the community; abundant art on public display; and a blocks-wide district of arts organizations, galleries, and associated development.

Nearby, as I wrote last time, the Pittsburgh Steelers have rebranded their stadium with the “Acrisure” name as a signal that technology should rule Pittsburgh’s roost. The folks behind the Pop District say: Not so fast.

The following was published on August 15, 2022 at Postindustrial, a Pittsburgh-based magazine.

In mid-July 2022, the Pittsburgh Steelers announced that their stadium, christened “Heinz Field” in a naming rights deal with hometown condiment kings H.J. Heinz & Co. in 2001, would henceforth be named “Acrisure Stadium.” Nostalgia-soaked Pittsburghers erupted in displeasure. To them, Heinz — now “KraftHeinz,” a global food behemoth based in Chicago — recalls ketchup, pickles, and a certain mid-century agricultural localism. What’s Acrisure?

The following was published on May 5, 2022 at Postindustrial, a Pittsburgh-based magazine.

But Pittsburgh is not growing. Pittsburgh is shrinking — shrinking much more slowly than before, but shrinking nonetheless. The city’s 2020 population declined modestly relative to 2010 and is perilously close to falling below a key threshold of 300,000 people. Gross domestic product for the Pittsburgh region grew by a paltry 2.1 percent in 2018-19; Allegheny County’s GDP grew by only 1.8  percent.

The following was published on November 24, 2021 at Postindustrial, a Pittsburgh-based magazine.

The phrase “postindustrial” Pittsburgh implies that Pittsburgh has entered a new phase, in which the key players, resources, challenges, and opportunities aren’t the ones that characterized its 20th century material past — steelmaking. Postindustrial implies a 21st century immaterial future, one that’s all about information.

The truth is that this metaphorical back-and-forth is misleading. Hidden in plain sight, in between the look back at heavy industry and giant integrated companies and the look ahead to tech startups, there’s a different phenomenon in Pittsburgh that clouds the skies of its possibly sunny future. I call it “Innovation Theater.”