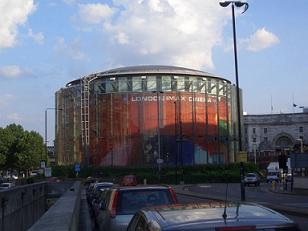 I certainly miss the movie palaces of L.A. For me, 70mm screens and sound that may break up kidney stones are worth the eleven or twelve dollars a ticket can cost in a major city. Sadly, movie palaces gave way to multiplexes, and so one rarely can find that all encompassing, immersion a single, massive screen offers. IMAX has started to fill this gap. Yet, in my opinion, the company is diluting its brand by offering what many would call non-IMAX experiences under the name IMAX.
Read More »Size Matters or Whatâ€™s an IMAX?: Thoughts on Branding and Meaning

The Watchmakers’ Court and Related Curiosities

This recent New Yorker piece about â€œBaselworld,â€ the annual watchmakersâ€™ confab in Switzerland (Patricia Marx, â€œFace Value,â€ May 25, 2009) included a throwaway line that I found fascinating.Â  Baselworld is so large that it has its own police force and â€œa judiciary to settle trademark disputes.â€ Whoa. Huh?Read More »The Watchmakers’ Court and Related Curiosities

[Cross-posted from Concurring Opinions] The world is again safe for trademark law, now that the National Rifle Association has put… Read More »Where Trademarked â€œEaglesâ€ Dare

Don’t Even Think About It: Negative Ad Words and Trademark Injunctions

A U.S. District Judge has enjoined a defendant from using a term for its business. That is not an unusual… Read More »Don’t Even Think About It: Negative Ad Words and Trademark Injunctions