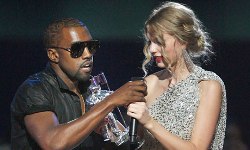 In my previous post, I dissected the problematic recent Seventh Circuit copyright decision in Peters v. West. I won’t recap that long post here, except to say that the Seventh Circuit appears to have collapsed the traditional two-part inquiry for infringement in the prima facie case for copyright infringement to one part, with proof of access as a weird (and optional?) hanger-on. As the Peters court summarizes the test that will govern going forward: “[P]roving” — and, I guess, pleading — “the basic tort of infringement simply requires the plaintiff to show that the defendant had an actual opportunity to copy the original . . . , and that the two works share enough unique features to give rise to a breach of the duty not to copy another’s work.”

There are at least three bad consequences to this: it gives jury determinations to the judge; it makes the already controversial “sliding scale” doctrine incoherent; and it sounds the death-knell for substantive limits on liability for copying outside of fair use.

First, the two different sub-elements of the infringement half of the prima facie case have been understood at least since 1945, and even in the Ninth Circuit’s jumbled version of the test, to allow a division of labor between judge and jury in a copyright infringement case. Actual copying, including (if necessary) a showing of “probative similarity,” is a merely forensic task, one that stands at the gate of the field where the ultimate liability determination will be fought out. The issue is to determine whether there’s been any copying at all as a factual matter. It is to copyright law as “causation” is to negligence law. I may have been speeding, but if I didn’t actually hit your car, the case is over. As a forensic rather than policy determination, courts have long allowed the component works to be examined in microscopic detail for evidence of actual copying, including hearing from expert witnesses. After receiving this evidence, the judge can determine that there’s no genuine issue of material fact as to actual copying and grant summary judgement for the defendant — or nowadays, I suppose, can determine on a motion to dismiss that the complaint does not adequately plead a plausible case of actual copying.

The other “substantial similarity” test is supposed to be much different than that, one that the jury is especially adept at determining, at least in a music case like this one. That is, to stick with my negligence analogy, the “improper copying” sub-element of infringement is the “breach of duty” segment of a copyright case. The jury is supposed to look at the works as a whole, without dissecting them and without the aid of expert testimony, and determine if the ordinary observer would find them to be substantially similar, just like a negligence jury determines if the reasonable person would have done what the defendant did. It’s supposed to be a high-level, gestalt determination of similarity — what copyright courts call the two works’ “total concept and feel” — and thus is only in extreme cases supposed to be susceptible to a determination on summary judgement, let alone a motion to dismiss. In Arnstein v. Porter, Judge Frank gave the archetypal example of an improper copying determination that could legitimately be rendered on summary judgement as a claim that “Bolero” infringes upon “When Irish Eyes Are Smiling.” Justice Souter’s little green men, in other words.

The Seventh Circuit’s collapse of the two tests — both denominated “substantial similarity” — also erases this functional division of labor. Given the decision to affirm the district court’s dismissal, it seems that the Seventh Circuit believes judges to be just as adept as triers of fact on the question of whether “enough unique features” have been shared “to give rise to a breach of the duty not to copy another’s work.” Expert testimony and dissection would seem to be able to come in at that point too. Although that assisted the defendant in this case, it’s ordinarily plaintiffs that are arguing that a multitude of isolated similarities should be looked in preference to the “total concept and feel.” And the Seventh Circuit seems to be declaring that the judge can make that determination, either on a Rule 12 motion to dismiss (for defendants), a Rule 12(c) motion for judgement on the pleadings (for plaintiffs), or a motion for summary judgement for either side. Affirming the district court’s granting of a motion to dismiss, the Peters court holds:

In this case, Vince P has adequately pleaded that West had an opportunity to copy his song, but that does not help him prove similarity. Vince P must show that West actually copied his song by pointing to similarities between the two works. We are not persuaded that the similarities alleged by Vince P rise to the level of copyright infringement.

(My emphasis added.) This strikes me as very friendly to judicial resolution of disputed issues of fact; and whether you’re a copyright skeptic or a copyright enthusiast, just imagine what trial judges with the opposite view will do with this authority.

The second problem is with the so-called “sliding scale” relationship between access and probative similarity. The “sliding scale” makes some sort of sense, although it’s still controversial, as part of a forensic determination into whether actual copying occurred. The thought is this: if the works bear a lot of similarity to each other — say they contain the same typographical errors — that lessens the need to convincingly show access. But the “sliding scale” makes no sense as part of a liability determination into whether the amount copied was improper or not. Remember, if you’re not confused about the difference between probative similarity and improper copying, then actual copying has already been established by the time you even get to the “is it substantially similar enough to be improper?” question. So the degree of access should be entirely irrelevant by that point. In order to patch over this problem, the Seventh Circuit jury-rigs a backstop to the sliding scale: it only slides one way. You can dispense with much evidence of access if the two works are very similar, but you can’t dispense with much evidence of similarity if the defendant had a high degree of access (as it did in this case).

Finally, this opinion strikes me as one more nail in the coffin of the idea of the liability threshold for copying. As I’ve lamented before, the liability threshold has been dying a long slow death. (I guess that’s a mixed metaphor; if it’s still dying, why is it in a coffin?) As it was originally justified in Learned Hand’s Nichols opinion in 1930 — an equity case, back before the merger of law and equity — the purpose of substantial similarity was supposed to be the same as the purpose of the doctrine of equivalents in patent law: a nebulous border zone around the edges of the copyrighted material that, in Judge Hand’s words, is necessary “else a plagiarist would escape by immaterial variations.” But somewhere in the mid-1960s, the test changed from whether the ordinary observer would regard the overall “aesthetic appeal” of the two works as the same — Judge Hand’s way of describing the standard, last announced by Judge Hand in Peter Pan Fabrics, Inc. v. Martin Weiner Corp., 274 F.2d 487, 489 (2d Cir. 1960) — to one of whether “an average lay observer would recognize the alleged copy as having been appropriated from the copyrighted work.” Ideal Toy Corp. v. Fab-Lu Ltd., 360 F.2d 1021, 1022 (2d Cir. 1966) (emphasis added). This was a significant but, as far as I can tell on the basis of not much research, unnoticed shift. Recognizability is far different than substitutability. That is, being able to detect a reference — hey, the opening of Aliens sounds like the Adagio from Khatchaturian’s Gayane — is a far cry from believing the aesthetic appeal to be the same. [Through some sort of intriguing coincidence, the 1960s were also the time when secondary liability doctrines in copyright law got set down in what I believe to be a sub-optimal form. The Sixties were not good to copyright law.]

The one advantage “recognizability” has is that it is far easier to understand and apply — particularly to works in other media. (Does a Mary Poppins figurine capture the aesthetic appeal of the Mary Poppins movie?) But that ease comes at the expense of moving the infringement/noninfringement line all the way from just south of literal infringement to just north of completely incomprehensible. Judge Newman is clear on this in the Ringgold opinion when he locates the de minimis line and the substantial similarity (proper) line at exactly the same place. If you can tell what it is, even if you can’t see it or hear it that well, it’s substantially similar.

It’s an interesting question why this shift came about, but it is probably correlated to a similar story about the expansion of the fair use defense. Fair use now seems to do a lot of the work that an “aesthetic appeal” version of substantial similarity would have done previously. But it’s not a perfect substitute; fair use examines the second-comer’s purpose in addition to the user’s reception, making it a less clean inquiry. More practically, fair use is a defense, whereas substantial similarity is part of the prima facie case. If substantial similarity meant appropriating the aesthetic appeal, and absence of such appropriation is largely what we mean by “fair use,” then copyright plaintiffs used to have to plead absence of fair use as part of their affirmative case — an idea that still corresponds with judicial intuitions.